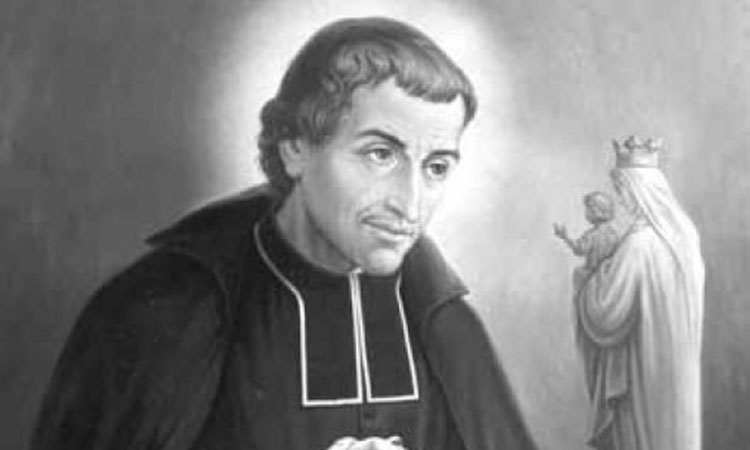 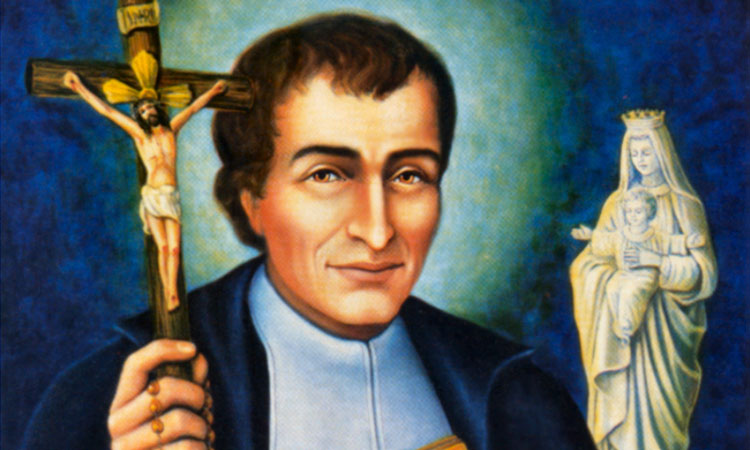 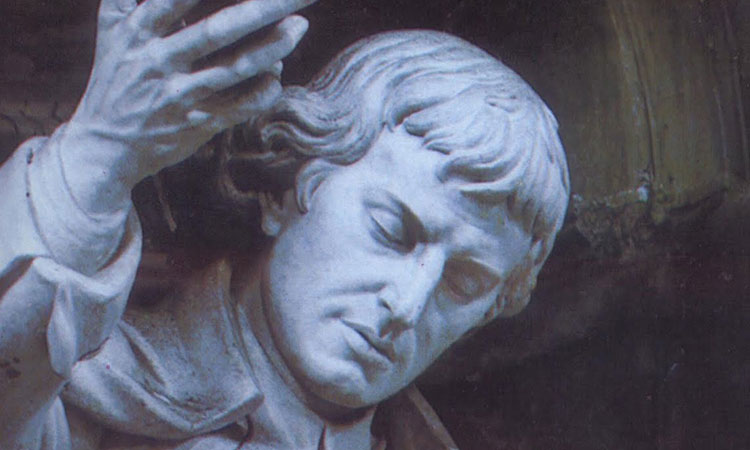 Louis-Marie Grignion de Montfort was born on 31 January 1673, in Montfort-la-Cane, a small town in Brittany, France. He studied in Paris, in the seminary of Saint-Sulpice, and was ordained in 1700.

While a seminarian he delighted in researching the writings of Church Fathers, Doctors and Saints as they relate to the Blessed Virgin Mary, to whom he was singularly devoted.

In his apostolate, Montfort focused his zeal on calling people to conversion by renewing their baptismal promises. He did this through the practice of the Rosary and the diffusion of an authentic Marian devotion. He preached so forcefully and effectively against the errors of Jansenism that he was expelled from several dioceses in France.

In Rome, Pope Clement XI conferred on him the title and authority of Apostolic Missionary (1706), which enabled him to continue his apostolate after returning to France. He preached Mary everywhere and to everyone. He was one of the greatest apostles of the Rosary in his day, and by means of his miraculously inspiring books, The Secret of the Rosary and True Devotion to Mary, he is still so today.

His greatest contribution to the Church and the world is “Total Consecration to the Blessed Virgin”, which, according to him, is the perfect manner of renewing one’s baptismal promises. His spirituality has inspired many religious institutes and Marian associations, and has been espoused by millions of people, especially Pope John Paul II, who chose for his papal motto “TotusTuus”, the first two words of the Montfortian total consecration to Jesus through Mary.

In True Devotion to Mary, St. Louis de Montfort prophesied that the army of souls consecrated to Mary will be Her instrument in defeating the Devil and his Antichrist. As Satan gains power in the world, so much more shall the new Eve triumph over him and crush his head.

The cause for his declaration as a Doctor of the Church is now being pursued.